According to Standards Australia (2011) Developmental Coaching is coaching the focuses on enhancing a coachee’s ability to meet current and future challenges more eﬀectively via the development of increasingly complex understanding of the self, others and the systems in which the coachee is involved.  This is sometimes called transformational coaching.

The term ‘development’ is commonly used to mean any change in the person that better equips them to undertake their organisational role. As such both skills and performance coaching involve development of the coachee. However, at Ascent Coaching and Training, we use the term  “Developmental Coaching” according to its technical meaning within the coaching literature. In the coaching literature ‘Developmental Coaching’ refers to coaching aimed at developing increasingly complex levels of self-awareness, emotional regulation, and cognitive understanding as the foundation for decision-making and action. It is aimed at enhancing the coachee’s ability to meet current and future challenges more eﬀectively via the development of more complex understanding of the self, others and the systems in which the coachee is involved (Cavanagh and Lane 2012, Stelter 2014, Cavanagh 2016)

In addition to this intra-personal development, a full developmental coaching engagement may also require the coach and coachee to work on the acquisition of new skills, or undertake performance coaching to improve established skills.

Developmental coaching typically requires the coach to have an understanding of: 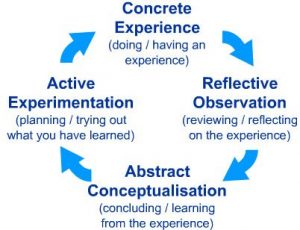